About the significant encounters

I strongly believe there are a number of essential encounters in our lives and I also believe that my encounter with Tudor Banuș was and remains a significant one.

I met Tudor Banuș in Paris, during my student years. Later, I obtained a scholarship in France and that was the moment when Tudor Banuș offered me, with trust and friendship, the chance of having an internship in his studio. I had the opportunity for a whole summer to have contact with all the existent works of the artist in Nogent-sur- Marne studio (including also magazines, publications, books, critical texts etc.)

Seven years later, this idea appeared in this National Project of Tudor Banuș Retrospective in Romania.

Important stages of Tudor Banu's work will be exhibited in the Museum of Art in Timisoara, Cluj and afterwards in the Palace of Culture in Lasi.

The exhibition of the Museum of National Art in Romania marks an anniversary moment, as it will be opened a few days before the artist's birthday.

Tudor Banuș was born on the 8th of July 1947 in Bucharest, Romania and is the son of Maria Banuș (the well known writer and poet). At the age of 14, the same age as his mother had been when she made her debut in Tudor Arghezi's magazine Parrot Tickets, Tudor Banuș will make his artistic debut in the satirical magazine Urzica (1961). In his artistic parents library he was fascinated by the perfection of engravings from the Middle Ages. During his teens he often visited the studio of the artist Rudolf-Schweitzer Cumpana, whom he considers his artistic mentor.

Tudor Banuș obtained a BA in Architecture at the Architecture and Urbanism Institute in Bucharest (1971). One year later, he settled in France where initially he worked as an architect. Parallel to this,he studied techniques of oil painting and engraving at the Ecole Superieure de Beaux Arts in Paris.

Starting in 1976, he started collaborating with one of the most important publications in the world: Le Monde (for more than 30 years), and also L'Express, Le Point, Le Figaro, Die Zeit, The New York Times and The New York Magazine.

He received in France, in 1979, the award for the most beautiful illustrated book The Musicians of Bremen (Brothers Grimm). In 2004, the Ministry of Culture awarded Tudor Banuș the National Prize for illustrating the book The Encyclopedia of Dragons, by Mircea Cărtărescu.

Tudor Banuş's work can be defined as an architecture of humanity, a construction in which the artist operates from several perspectives, assuming several roles: the artist is a fine psychologist (and by a deep analysis of the unconscious of the characters who inhabit his canvases, offers a wide range of experiences ).The essence of Tudor Banuş's work focuses in revealing the tensions and anguish of the contemporary world.

Assuming the role of a "sociologist" generates an analysis of the various layers of the society in which we live: the economical and political crises we are facing are a reflection of the inner crises. The long transition periods lead to additional adaptation efforts in a society based on consuming, in which power ratios (rather than value ones) become predominant.

The essence of Tudor Banuş's work comes ,paradoxically, from the association of a harsh reality, reflected with his inner exuberance and his borderless imagination, with the ludic spirit and fantasy. Even if on one hand he creates apocalyptic contexts that do not seem to predict something good, on the other hand he also offers a kind of optimism with the humorous notes that appear in many of his drawings or paintings. 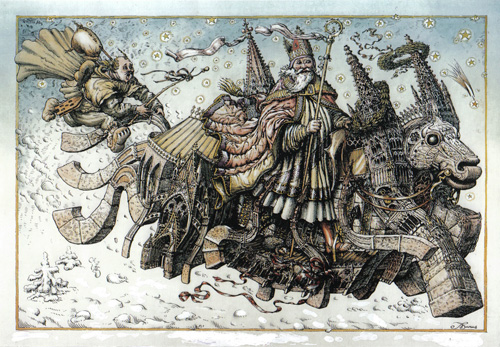 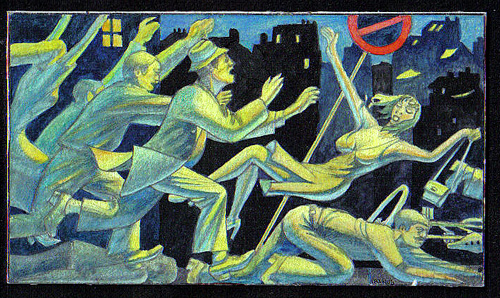 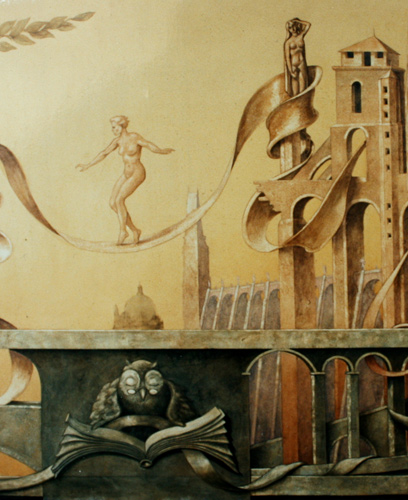 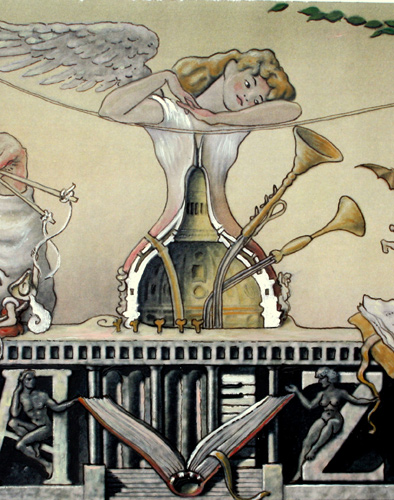 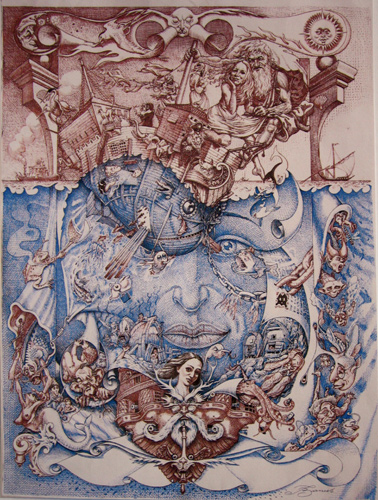 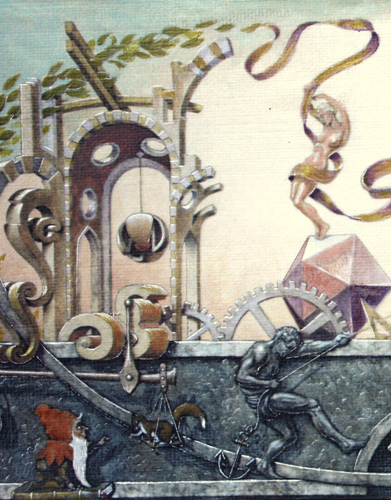 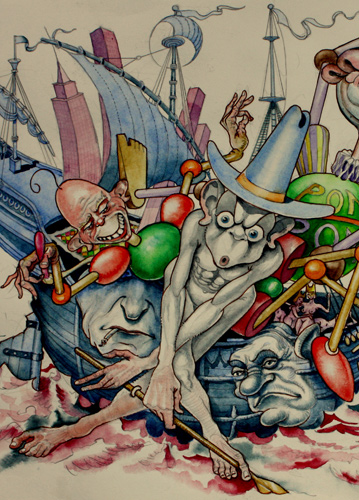 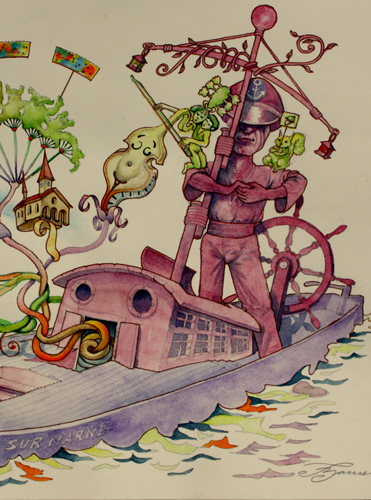 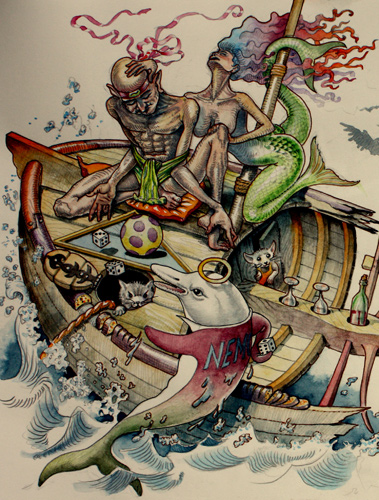 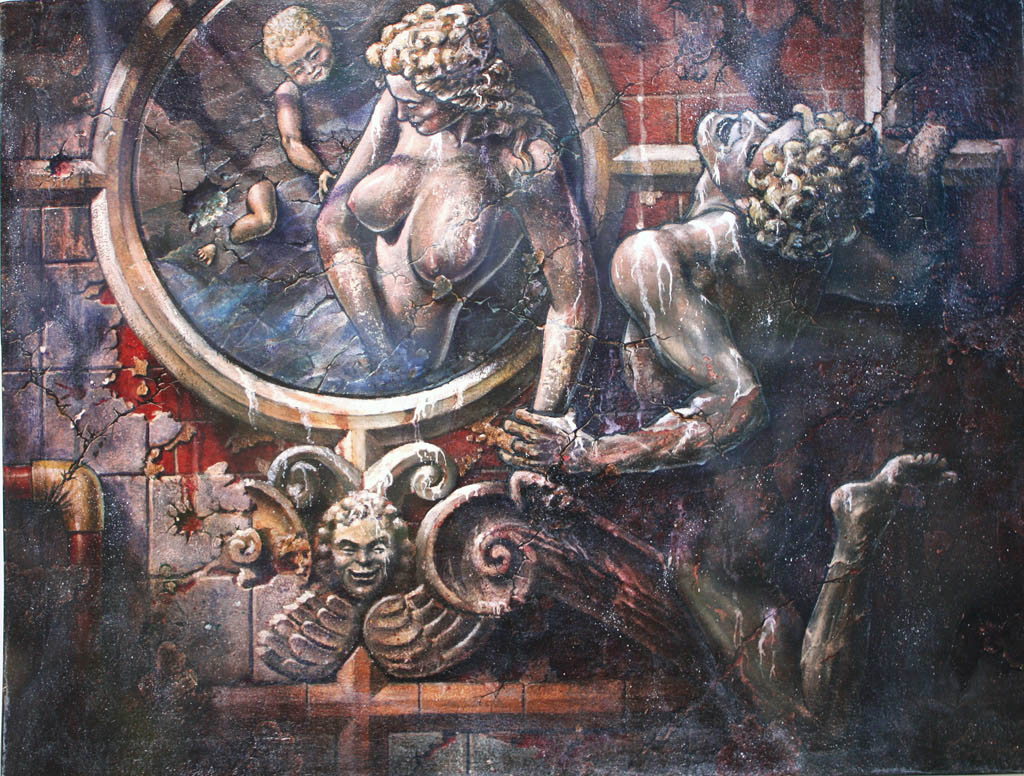 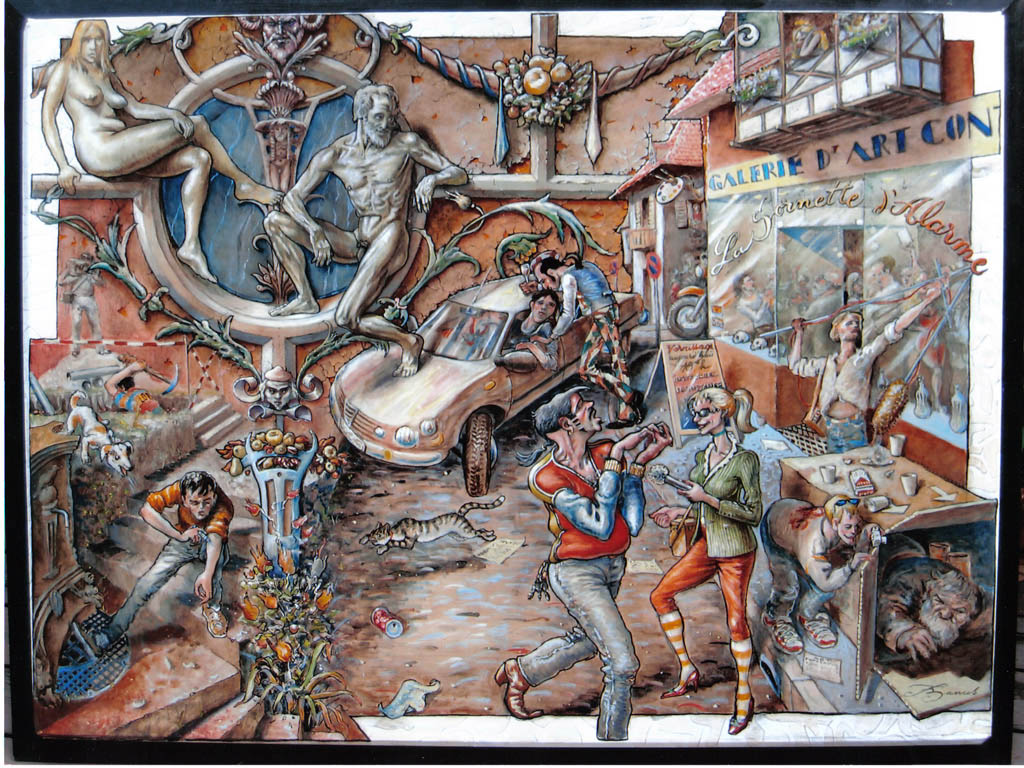 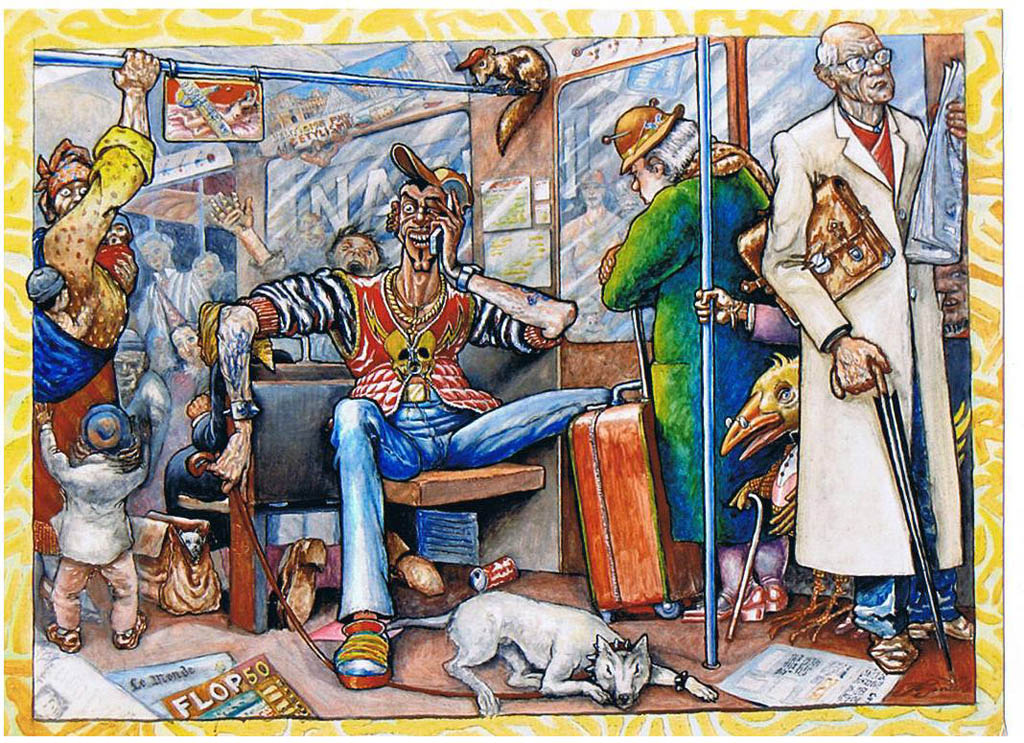 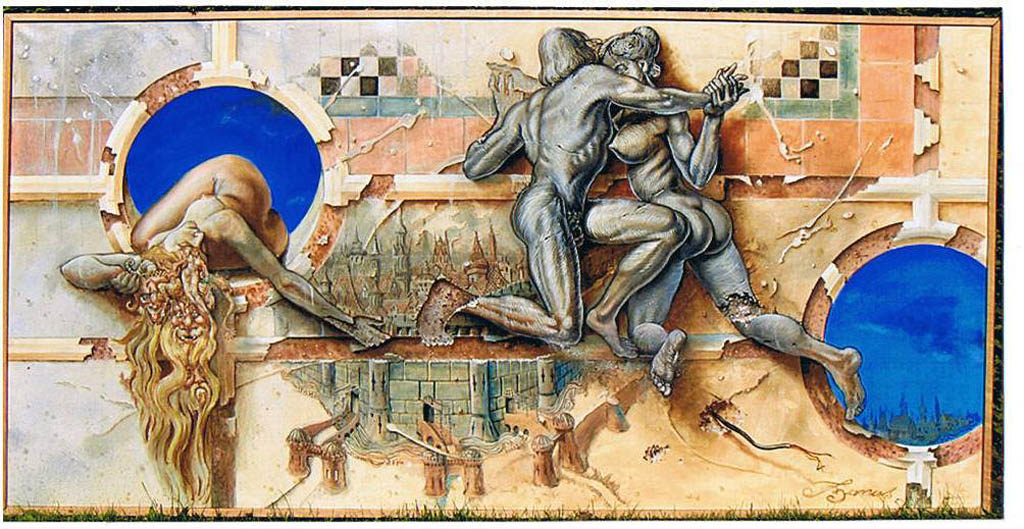